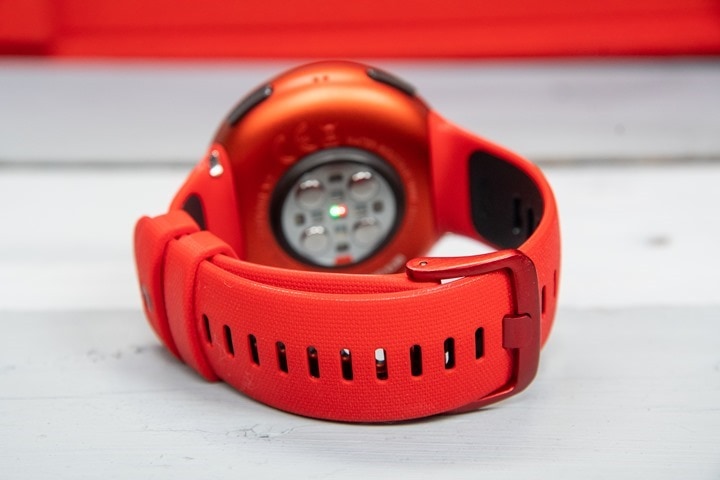 Meanwhile, the existing GRIT X gets many, albeit not all, of the new Grit X Pro features. And finally, the Unite gets a slate of features promised earlier in the year.

Got all that? No? Good, that’s the point of this post – so you can keep reading then. Efficiency will be the name of the game here. 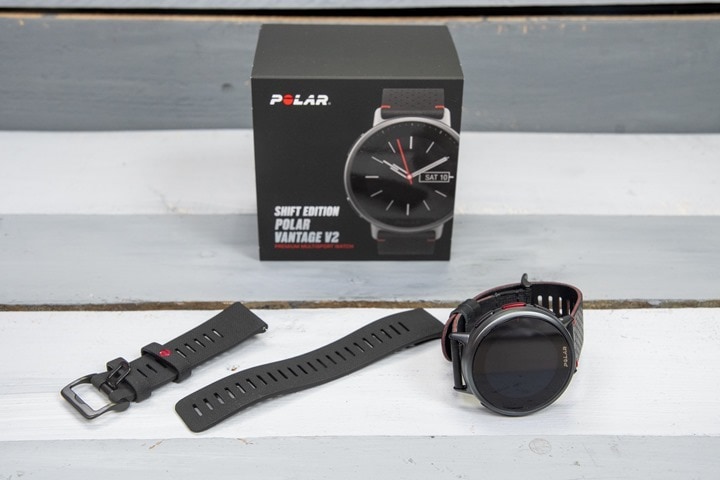 First up is the new Vantage V2 SHIFT model. This is the same internally (software and hardware) as the existing Vantage V2 that came out almost exactly a year ago. However, now you can swap any 22mm band onto it. This SHIFT version though comes with the leather band, as well as the sport band.

Best I can tell it’s the same band (including red accents) that come with the Grit X Pro Titan. Here’s a little gallery of it all:

And again, this is the same unit as the existing Vantage V2 internally, but with the new software update expected to release to all Vantage V2 owners as of October 20th.

The price on this one is $ 549, and there are actually three different SHIFT color options:

However, interestingly, Polar is also making an adapter bundle available for existing Vantage V2 owners that want to get the removable/standard strap option. Previously you could change the Polar Vantage V2 straps out, but only for other proprietary straps. This now means you can use any 22mm strap you want. There’s approximately one gazillion of them on Amazon.

Here’s what Polar had to say about that bundle:

I don’t see that listed quite yet on Polar’s site, but I’m guessing this will show up on October 20th as well. The price will be $ 49USD. 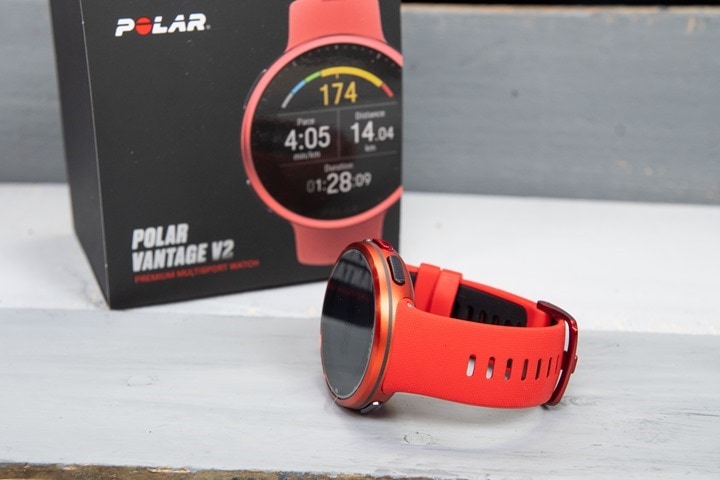 Meanwhile, we’ve got one of my favorites – the Vantage V2 Red edition. Now, to be clear, this isn’t technically a PRODUCT(RED) unit. It’s just a red unit (the difference being PRODUCT(RED) units benefit that charity).

Here’s a gallery of that:

Also, you can see this unit is also pre-loaded with the new Vantage V2 firmware coming on October 20th, which now includes all the new GRIT X PRO features, such as the compass/altimeter watch face. Watch as my iPhone struggles to render this photo correctly. I suppose the sunburst and flaming red colorway threw it for a loop. 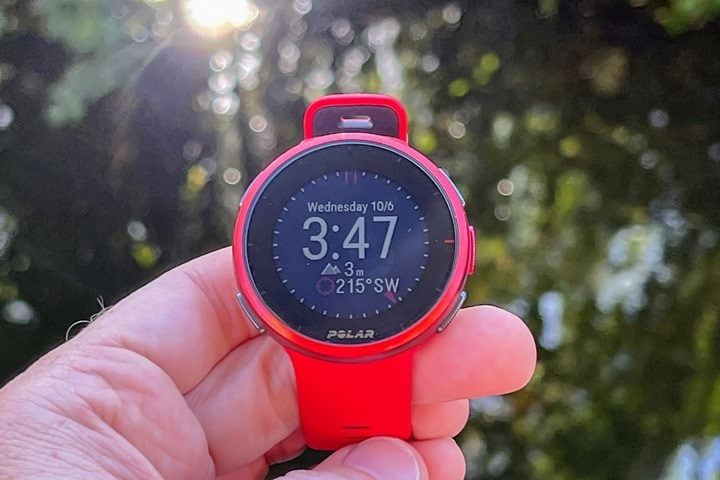 The pricing on this is $ 499USD (same as regular Vantage V2) and is slated to show up for sale on October 20th.

Finally, there’s three different firmware updates in play here. We’ve got the Polar Unite firmware that actually dropped a bit over a week ago. Then there’s the Vantage V2 firmware coming October 20th. And finally, a Grit X (original) firmware coming by end of year.

Here’s what’s in each one. First up is the Polar Unite firmware update:

Then there’s the slatted Polar Vantage V2 firmware update (officially firmware version 3.0), coming on October 20th. While Polar has the official list below, know that it’s actually a lot more than that – as there’s tons of nuanced features of the Grit X Pro that come into this, such as zooming on maps and such.

Again, it’s totally likely the above major features list misses some of the nuance of the massive list of tiny Grit X Pro features, but in short – everything there is coming in the Vantage V2 (so if you see it anywhere, it should be on the V2 as well by October 20th).

And finally, here’s the original Polar Grit X firmware update list, as slated for ‘by end of year’. This list is longer because I went back and forth with Polar getting a complete list of exactly everything that’s coming (and what’s not). Whereas for the Vantage V2 firmware update it was basically “everything on the Polar Grit X Pro”.

Oh, and because I forgot to mention it – the Unite model got a new teal and red color options (two different ones) – both $ 149USD. 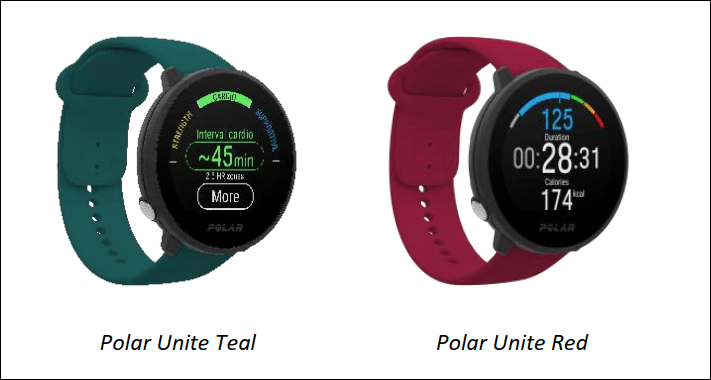